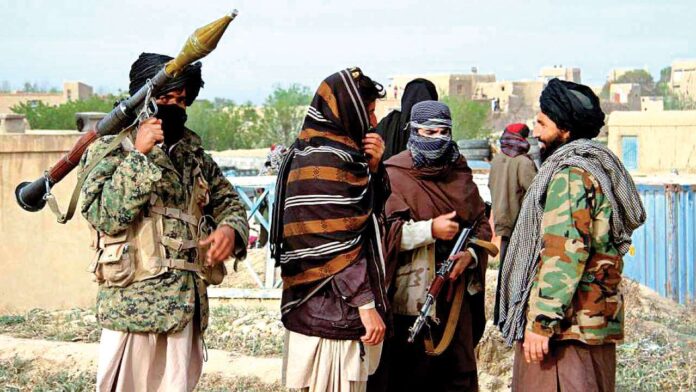 85 Views
India’s outreach isn’t risk-free. But it may help assess Taliban’s motives and secure Indian interests, especially during a crisis India’s “quiet visit” to meet with the Taliban in Doha, confirmed by Mutlaq bin Majed al-Qahtani, Qatar’s special envoy for counterterrorism and conflict resolution, marks a significant shift in India’s approach towards Afghanistan.

For decades, New Delhi refused to engage with the Taliban. The group’s dependence on Pakistan, its religious extremism, and support for transnational jihadists, including Kashmir-centric outfits, are the core reasons for India remaining distant. But the decision of the United States (US) to withdraw its forces from Afghanistan triggered a shift.

Before unpacking the costs and benefits of engaging with the Taliban, it is worth reiterating the central driver of India’s Afghanistan policy i.e., to ensure a strategic balance between Kabul and Islamabad. The asymmetry of power between these countries notwithstanding, India wants to ensure that nationalist Afghan opinion — critical of Pakistan’s interventionism — remains alive and assertive. This is why New Delhi persisted with its advocacy of an “Afghan-owned, Afghan-led” reconciliation process. Talking to the Taliban, then, is as much an exercise in preventing harm to India’s interests, as to gauge the depth and breadth of the group’s nationalism.

The benefits of this successful outreach are apparent. The Taliban acknowledges India’s constructive role in Afghanistan, and would not want a reduction in its diplomatic presence. There is no guarantee that it will prevent the use of Afghan soil by anti-India militants, but it has certainly expressed unwillingness to support such elements. Careful about not being caught between an India-Pakistan crossfire, the Taliban wants to distance itself from the Kashmir imbroglio. The outreach in Doha, then, has instilled cautious optimism among Indian officials that the Taliban may not openly hostile, and may even seek stronger ties in the medium-term.

But the outreach is not risk-free.

One, the Taliban could go back on its promises and, with a nudge from Pakistan, target Indian interests. If not this, then the Taliban interlocutors India is engaging with (the same figures the US is talking to, such as Mullah Baradar) could be sidelined, or worse, replaced by pro-Pakistan hardliners such as the Haqqanis. This is a considerable risk. After all, families of Taliban leaders reside in Pakistan. This offers the host valuable leverage, and Islamabad’s desire to reduce India’s presence in Afghanistan is well known.

India still feels the humiliation of the 1999 IC-814 hijacking, when India’s northern allies were busy with infighting as the Taliban harassed India in Kandahar at Pakistan’s behest. Taliban factions on the ground have not broken ties with the al-Qaeda and the Lashkar-e-Taiba. Notably, they are also sheltering anti-Pakistan Tehrik-e-Taliban Pakistan elements as an insurance. In this context, the closure of India’s Jalalabad and Herat consulates due to persistent threats offers good reason for scepticism.

Two, outreach to the Taliban could expedite Kabul’s fall, and complicate India’s relations with existing allies. This argument has been potent enough to prevent an India-Taliban channel to develop at various moments since 2010, when the idea of talking to the Taliban became internationally acceptable. In 2012-13, the then president Hamid Karzai’s pushback against the US’s engagement with the Taliban put an end to India’s own outreach. Silent in nature, the idea of talking to the Taliban then was the same as now i.e., to assess their desire for autonomy from Pakistan and attitude towards India as the US announced its departure in 2014.

Despite these risks, there are compelling reasons for India to talk to the Taliban. For one, these concerns would remain valid regardless of India’s outreach. If nothing else, India’s absence in the Taliban’s calculus would make it even more expendable if the Islamic republic collapses.

India’s support for Kabul and consolidation of relations with powerbrokers such as Marshall Dostum, Muhammad Mohaqiq, Ustad Atta, Ahmad Massoud, Ismail Khan, Abdul Rasul Sayyaf, Hamid Karzai and others, reduces the risk of dislocating its relationship with existing allies. These figures, barring an isolated president Ashraf Ghani, have been encouraging India to open channels with the Taliban. Aimed at supporting an inclusive setup in Kabul, India’s outreach to the Taliban is not at the expense of its allies, and they know it.

There is an argument that the outreach should have been kept secret.

Often unaccounted for, and prone to manipulation, covert contacts don’t build enduring alliances. If India seeks a politically inclusive Afghanistan and builds relations with all ethnic communities, then its outreach to the Taliban requires openness. India’s calibrated leaks have demonstrated the existence of this channel, which the Taliban has not denied, without outing specifics. This is loaded signalling for multiple audiences.

For India’s strategic community, this suggests that New Delhi will not forget IC-814, but it cannot keep its Afghanistan policy hostage to that episode. For the Taliban, this is a signal of intent i.e., India is willing to accept the Taliban’s rise, but only as long as the Taliban respects Indian interests. Once in power, targeting India will not be cost-free for the Taliban (if New Delhi augments support for its allies), and over-dependence on Pakistan won’t take them far as administrators.

The critical signal is for Pakistan i.e., India can absorb temporary setbacks, but will stay the course in Afghanistan. Pakistan’s notional strategic depth in Afghanistan will not help achieve its objectives vis-à-vis Kashmir. If anything, India’s outreach to the Taliban might complicate Pakistan’s relations with the Taliban once the latter comes to power and faces the pressures of governance and administration.

Avinash Paliwal teaches at SOAS University of London and is the author of My Enemy’s Enemy: India in Afghanistan from the Soviet Invasion to the US Withdrawal.Avinash Paliwal

The views expressed are personal.

Sharp increase in killings and injuries since May: UN on Afghan situation