Beijing has erupted over President Biden’s decision to include Taiwan in the “democracy summit” next month while the People’s Republic of China was left off the list. The self-governing Republic of China, known also as Taiwan, faces ongoing threats of invasion from Communist China. Beijing maintains that the island is a wayward region of China and has long pressured countries to drop official recognition of Taiwan as a seperate state.

Foreign Ministry spokesman Zhao Lijian told a press conference in Beijing on Wednesday: “China firmly opposes the invitation by the US for the Taiwan authorities to attend the so-called ‘Summit for Democracy.’

“There is but one China in the world, the Government of the People’s Republic of China is the sole legal government representing the whole of China, Taiwan is an inalienable part of China’s territory, and the one-China principle is a universally-recognized norm governing international relations.

“Taiwan has no other status in international law except as part of China.

“We solemnly urge the US to abide by the one-China principle and the three China-US joint communiqués, stop providing ‘Taiwan independence’ forces with any platform or bolstering and emboldening them. “Those offering platforms to “Taiwan independence” forces will find themselves in an embarrassing place.

“Those playing with fire with “Taiwan independence” forces will end up getting burned,” he concluded.

There are 110 participants on the US State Department’s invitation list for the virtual event on December 9 and 10.

China or Russia are not included on the list of invitees.

Taiwan’s Foreign Ministry said: “Our country’s invitation to participate in the ‘Summit for Democracy’ is an affirmation of Taiwan’s efforts to promote the values of democracy and human rights over the years,” the ministry added.

China’s Foreign Ministry has stated it was “firmly opposed” to the invite.

“US actions only go to show democracy is just a cover and a tool for it to advance its geopolitical objectives, oppress other countries, divide the world and serve its own interests,” Mr Lijian told reporters.

It comes after Taiwanese MP Wang Ting-yu warned the international community to watch infighting within the Chinese Communist Party closely. 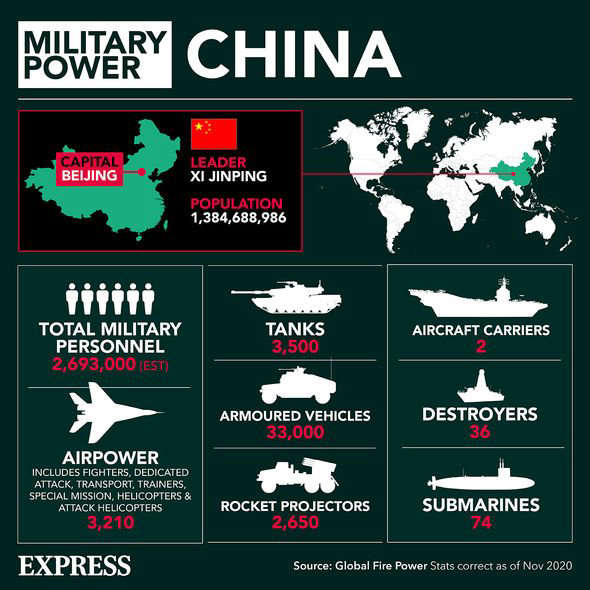 Chinese Chairman Xi Jinping has his sights set on a third term as leader of China, and Mr Wang Ting-uy argues that any threat to President’s Xi political ambitions domestically could see a major escalation in military tensions across the region.

“Especially when Xi Jinping tries to get his third term as a national leader to China.

“When he faces inside challenges within China, the more than he needs the outside conflict.”

February 7, 2023
A huge earthquake killed more than 3,700 people across a swathe of Turkey and northwest Syria on Monday, with freezing winter weather adding to...

China asks US to “actually do something” to help Sri Lanka

China’s help is not enough – US