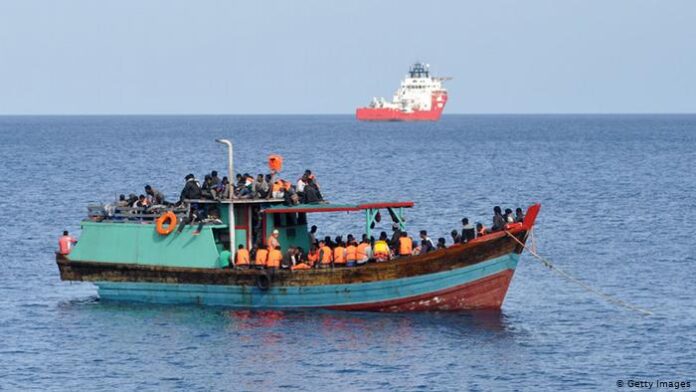 Thirty persons have been arrested when they attempted to migrate to a foreign country illegally by Sri Lanka Navy and Coast Guard in Samindugama.

The Navy and Coast Guard, during a special operation in Samindugama yesterday managed to nab 14 individuals who were suspected to have attempted to illegally migrate to a foreign country by sea.

The Navy said a man who provided lodging for those suspects was also among the arrested.

During the further search, the Navy and Coast Guard arrested 15 more persons who were suspected to be attempted to illegally migrate from the island via sea routes.

The suspects were identified as residents of Jaffna, Batticaloa, Mullaitivu, and Puttalam areas.

After 12 years of the final war still, illegal migration is happening on the Island. Tamil people of North-east Sri Lanka who are denied the basic rights for living, and victims of land grabbing try to migrate for a better life.

They were handed over to the Chilaw Police for onward legal action.