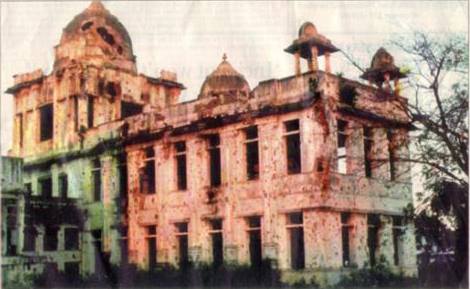 Forty years after the arson of the Jaffna Public Library hailed as South Asia’s repository of knowledge, the scar left by the tragic event among the world’s Tamil people remains unchanged to this day.

In this context, the Jaffna Library was set on fire by the Government of Sri Lanka. In an exclusive interview with Saravanan (Tamil Nadu) Quest website,

“Books are the means by which a person can impart knowledge and its quality to the world. At the same time the manner in which those texts were written, the race in which they were written and lived, based on which those books are expressing themselves.

The library is the source organisation that carry forward our history and culture to the people.

Therefore, the Jaffna Library has been preserving the data of the best Tamilnadu in the literary order as a treasure trove of works dating back to antiquity to the present time.

The arson of the Jaffna library, which was the frontier of knowledge of all the people of Tamil Eelam, especially Sri Lanka, was at first an act of destroying knowledge.

The texts are generally said to have been written by God in the philosophical tradition, or God gave it. The main reason for that is a precautionary measure to ensure that the threads are not destroyed.

In this case, the arson of Jaffna library was planned with the long time vision of eradicating Tamils history.

The first step of the work, was the arson of library. the extension of this is giving more privileges to students in university for studying alternatives to Tamil.

We need to realize one of the most important fundamentals of those who do so. That is,people wh live without political rights and freedom are one type. But the freedom of knowledge is the nature of reporting a variety of intellectual qualities.

Destroying such intellectual freedom is not only a genocide but also the destruction of humanity. We can understand this warning not only with a sense of ethnicity, but also as a sign of the arson of Jaffna as a slave to human freedom. ”