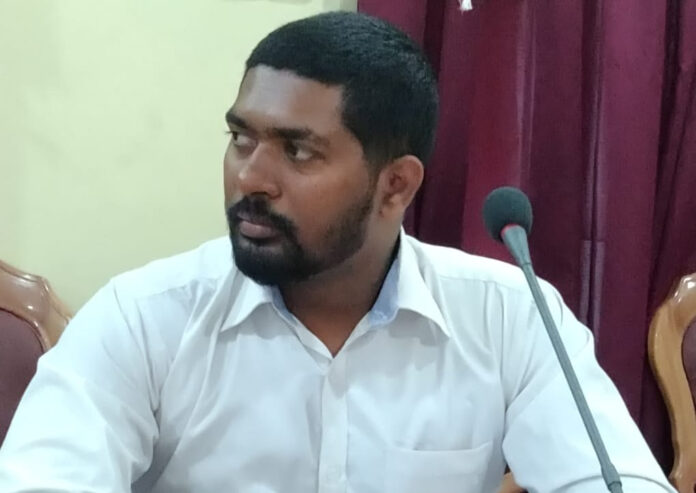 Vavuniya Municipal Councilor Prabhakaran Janujan has expressed concern that a ceremony is being held at Kurundur malai amidst the spread of the corona, but it is not possible to pay homage to the Tamil people killed in the final battle.

The monthly session of the Vavuniya Municipal Council was held today under the chairmanship of E. Gauthaman.

Persecution against minorities has been on the rise in recent times. In particular, Jaffna Municipal Mayor Manivannan and Member of Parliament Rishad Bathiudeen, who represent those races, were arrested.

This is a country where one majority and two minority races of people live, in which the minorities continue to be oppressed. The implementation of the law is not the same for everyone in this country.

Yesterday, an event was held to install a Buddha statue on the Kurundur hill in Mullaitheevu with military protection. They also held an event at Nagavikara recently to mark the full moon day.

We must therefore vehemently condemn the oppression of minorities and gain the right to commemorate dead relations. Prabhakaran Janujan said that the people’s representatives should give a voice to us inside and outside the parliament.