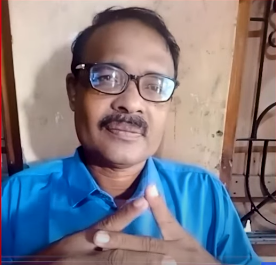 Sivayoganathan, co-leader of the From Pothuvil to Polikandi People’s Uprising Movement has been forced to an intensive investigation by The Terrorist Crime Unit.

This investigation has made his family fear because the investigators have repeatedly questioned the reformation of LTTE.

At his home around 11 a.m., The Terrorist Crime Unit Start conducting investigations. in this investigation, they have asked that did hold meetings on the reconstruction of LTTE ?, they have also asked ” Are you in contact with banned organizations? Why did you take part in the protests in the North? Did you join the hunger strike? Which journalists are you in contact with?”
After about three hours of interrogation, they told us to come to the Colombo headquarters when they call for further inquiries.

Seelan and his family are deeply saddened by this incident and have described it as a threatening activity. Seelan has told that “I have been into Civil Society works for a long time now.  I have not been involved in any anti-Sri Lankan or terrorist activities. I have been a member of many social organizations in the South and have only recently faced such inquiries. He said the government was targeting new social activists like us, an activity that would push us into fear of not being able to function independently.”