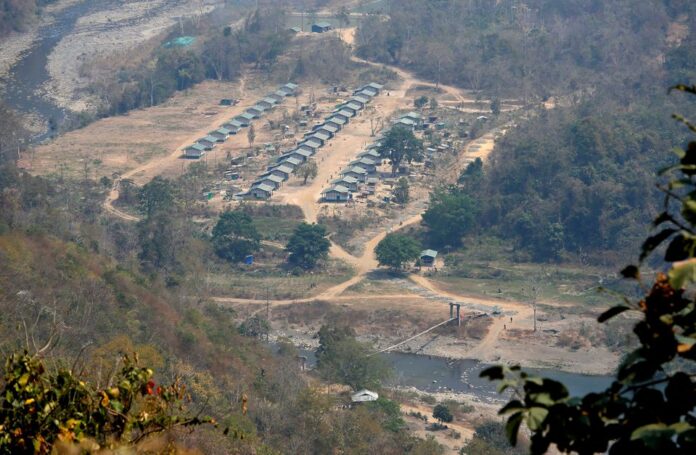 Thousands of people who believed to be anti-coup protestors fleeing the military crackdown in Myanmar have crossed into India’s northeastern states.

Three Indian states – Mizoram, Manipur and Nagaland – are currently sheltering around 16,000 people from Myanmar, civil society groups and government officials estimate, with the number expected to rise in coming months.

Reuters reported that, it leading to worries among Indian officials there that the region could become a staging post for pro-democracy activists and stoke instability. In Mizoram, where the most number of people from Myanmar have sought sanctuary, authorities are keeping a close watch on pro-democracy fighters joining refugees moving across the unfenced, densely forested border marked by the Tiau river.

At least 850 people have been killed in the turmoil in Myanmar since the junta staged a coup in February, unseating the civilian government led by Nobel laureate Aung San Suu Kyi. Some of the heaviest fighting has taken place in Chin state, which borders India, in clashes between the military and local militias.