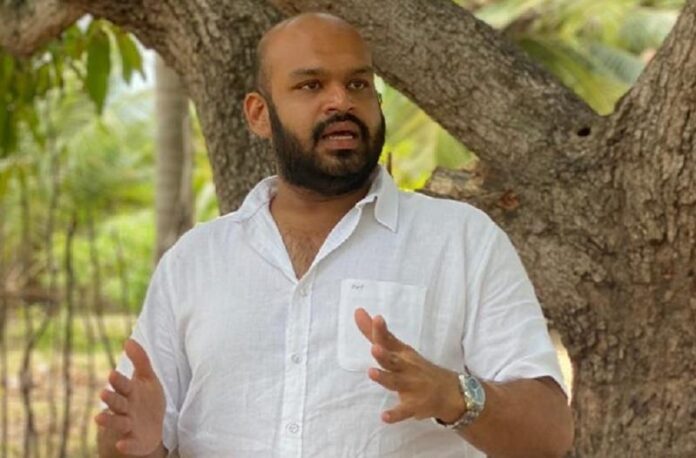 TNA Batticaloa District Parliamentarian Chanakkiyan has stated that the sentiments of Tamils ​​cannot be destroyed by demolishing monuments.

The public tomb set up at Mullivaikkal was damaged last night by unidentified persons. In the condemning statement by Chanakkiyan it is said that,

‘We suspect that the Sri Lankan Army has destroyed the tomb yesterday. Reports from there say that the monuments of the relatives killed in Mullivaikal have been destroyed and it has been removed from there.

This government continues to deprive even the opportunity of Tamils to recall their history.

the new government formed after the presidential election is not allowing us to commemorate the death of our loved ones, even if it is normal or murder the government is not allowing it in Batticaloa. especially in my uncle’s death, they stopped me with the court order.

A similar incident took place at the University of Jaffna a few months ago. But it has been rebuilt by the university Vice-Chancellor.

You cannot really destroy the sentiments of Tamils ​​by demolishing such monuments. I see every monument you demolish as an event that will create a new feeling in the minds of Tamils.

Especially this week in 2009 we lost so many thousands of our relatives. We do not know the place or time of death. over the years we have used the monument as a place to remember everyone.

I strongly condemn this demolition of the tomb. Similarly, our Tamil representatives who are affiliated with the government should also express their condemnation in this regard. Even though you are with the government today, it is the Tamil people who elected you.

Tamil politicians have the responsibility to protect the monument. I would like to say at this point that this government has begun to travel to the end.