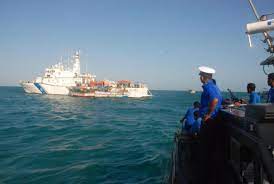 Four refugees, including children, were arrested near Jaffna on a boat from Tamil Nadu.

Police yesterday arrested four refugees in the Kurunegala area in Jaffna, including children who had entered Sri Lanka illegally by boat from Tamil Nadu. Later, the four were taken to an isolation camp on the instructions of the health department.

According to The Hindu Tamil media, the four arrested were identified as Sagayarani (60), her daughter Mary Laura (35), her children Gowrial Rishant (9) and Dylan Leo Nut (7), all are residents of Arachalur camp in Erode district. .