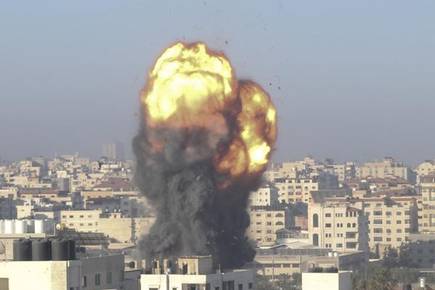 All Sri Lankans residing and working in Israel have been advised to be vigilant and to avoid large gatherings and unnecessary traveling considering the growing tensions due to the riots and clashes between Israel and Palestine in the Gaza Strip, the Sri Lankan embassy in Tel Aviv announced.

The embassy also introduced hotline numbers to respond to the needs of the Lankan community in the event of an extreme emergency.

Meanwhile, Israeli Prime Minister Benjamin Netanyahu has vowed to “continue to respond forcefully” to rocket attacks as conflict with Palestinians in Gaza enters the seventh day.

Palestinian militants fired rockets towards Tel Aviv, causing people there to flee to bomb shelters. The international community has called for an end to the escalating conflict.

A UN Security Council meeting is set to take place later on Sunday. Since the fighting began on Monday at least 148 people have been killed in Gaza, according to Palestinian officials, and Israel has reported 10 dead, including two children.

Israel says dozens of militants are among the dead in Gaza, while Palestinian health officials say their death toll includes 41 children.

Speaking in a televised address late on Saturday, Mr. Netanyahu said the strikes would continue for “as long as necessary” and that everything possible was being done to limit civilian casualties.