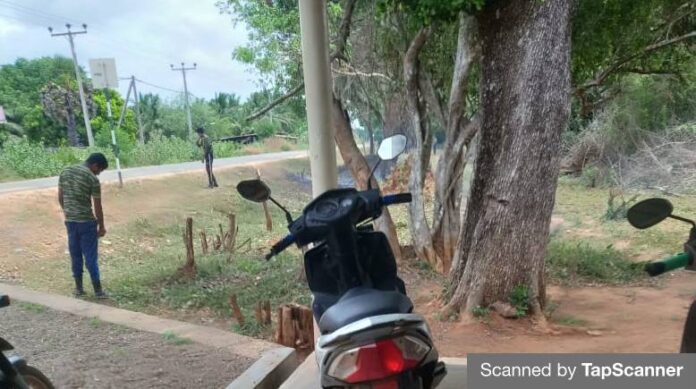 Local sources say that the soldiers are fenced off the occupied lands.

People expressed their concerns on the occupied lands, says in those lands burial grounds are there. Cattle grazing land, ponds, children park, shops also existed were also fenced off, according to them.

The people in that areas has accused the Sri Lankan Forces of using the Corona travel restrictions to engage in such land grabbing activities.