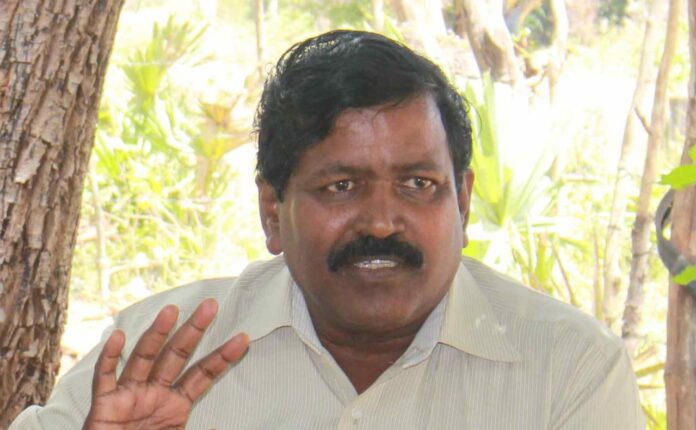 Former member of the Northern Provincial Council Durairasa Ravikaran has stated that this activity of the Mahaweli Development Authority is an attempt to establish a Sinhala unit in a separate Mullaitheevu which is the heartland of Tamils.

The people of the area had handed over a memorandum on this matter to Ravikaran today. After hearing their queries while meeting media he told, On the issue of lands south of Nayar, a petition was handed over to me today by the people.

I will immediately hand over the letter to my party leadership and the TNA Vanni MPs.
The people of the area say that the Mahaweli Development Authority is actively working to bring the people and lands belonging to the eight Village Niladhari divisions from Kokkilai to Semmalai in Mullaitheevu district under its administration.
The people of the area had already rejected such a move by the Mahaweli Development Authority.

In this context, it should be pointed out here that the Mahaweli Development Authority is actively working to incorporate the eight Village Niladhari Divisions within its administrative unit.

The people allege that the Mahaweli Development Authority has taken a decision to take over the management of the lands comprising the eight Village Niladhari Divisions of Kokkuttaduwai North, Kokkuttoduvai South, Kokkuttoduwai Central, Karunattukkeni, Kokkilai East, Kokkulai West, Chemmalai East, and Chemmalai.

It had already been signed on 23.10.2020 by thirteen members of our Tamil Parliament and handed over a memorandum to Mahaweli Development Minister Chamal Rajapaksa to stop the operation, which had been suspended for some time.

In this situation, with or without the knowledge of the present Minister of Mahaweli Development, Samal Rajapaksa, the Mahaweli Development Authority has implemented this project, forcing a project that was not accepted by the people and intensifying the process of connecting these people with the Sinhalese areas known as Welioya. The move was not accepted by the locals. People reject this plan. They question why the government should force such a plan?

The people say that these eight Grama Niladhari Divisions should continue to function under the land administration of the Kariduraipatru Divisional Secretariat.

These people also allege that these activities are being carried out to divide themselves into a minority of Sinhala rulers or an administration of the Sinhalese people.

Moreover, such activity of the Mahaweli Development Authority should be strongly condemned. In particular, they have already imposed Sinhalaization in the sands of the native homeland of the Tamils.

In this context, it seeks to integrate the Tamil settlements along the manalaru with the Sinhalese-occupied areas, to convert the Tamil population there into a minority, and to establish a Sinhala unit in the separate Tamil Mullaitheevu as part of their plan for the area to be created as a district unit or divisional unit.