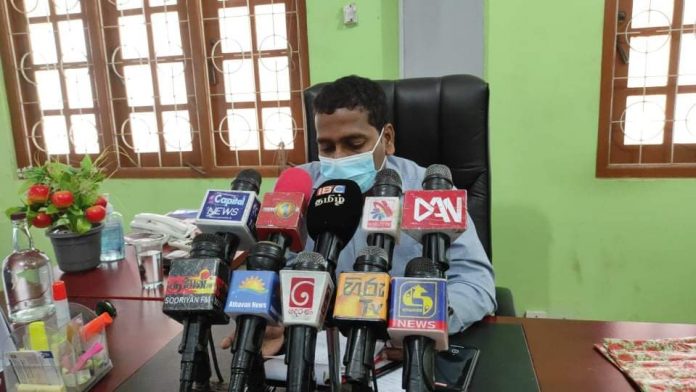 Kariduraipatru Pradeshiya Sabha Chairman K. Vijinthan has questioned the Army Commander through the media that what is the purpose of the Buddhist event held in the Mullaitivu district without informing any officials.

Kariduraipatru Pradeshiya Sabha Chairman K. Vijinthan held a press conference at his office on Tuesday (11.05.21). In this he said,

the statement is issued by the Army Commander has made clear that considering the Covid-19 situation, everyone will be arrested if they gather to participate in the Mullivaikkal commemoration.

But on Monday night more than 30 Buddhist monks, army commanders, and hundreds of army soldiers gathered in the Kurundur hills in the Mullaitheevu area and held a religious event called ‘Prithi Othuthal’.

what we are asking the Army Commander is, what is the purpose of the Buddhist religious event which was held in Mullaitivu district without informing any official including the Government Agent.