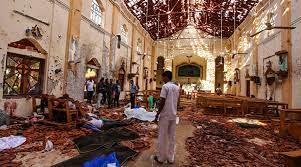 Intelligence Bureau and Kerala Police have started to dig into Kerala connections of All Ceylon Makkal Congress leader and parliamentarian Rishad Bathiudeen after he was arrested by Sri Lankan Police on April 24 in connection with April 2019 Easter Sunday attacks that killed 279 people and injured hundreds.

While the specifics of the links which Bathiudeen had in Kerala are yet to be revealed, the agencies will be looking into the inputs on his visit to Kasaragod in 2009 and also his acquaintance with a few religious leaders in Kerala, who had met him in Sri Lanka and also when he toured India especially Chennai when he was Sri Lanka’s Minister for Industry and Commerce in 2013.

As per intelligence officials, Rishad’s father hailed from Padna in Kasaragod and he was in touch with a few persons in the region. Already, Intelligence Bureau and National Investigation Agency (NIA) are coordinating with Sri Lankan government in the probe and the NIA even busted an IS module in Tamil Nadu by arresting a person in June 2019 for being touch with Sri Lankan ISIS leader Zahran Hashim and his accomplices over social media. Hashmi is one of the suicide bombers who executed the Easter Day bombings in the island nation.“Kerala police will be looking into the links of arrested Sri Lankan political leader in Kerala to confirm the reports,” said Kerala State Police Chief Loknath Behera.
Bathiudeen was arrested under the Prevention of Terrorism Act (PTA). His brother Riyaaj Bathiudeen, who was arrested in April 2020 but released later due to lack of evidence, was also arrested again. According to intelligence officers, the Kasaragod connection of Bathiudeen will be explored in detail as an earlier probe into the missing of five young Muslim families from Padna, who left for Syria in 2016 to join IS, had revealed that a few in the group had been to National Thowheed Jamaath in Sri Lanka where they underwent religious training before proceeding to Syria.