China’s navy has now surpassed that held by any other nation across the globe in terms of numbers, including the USA, according to the US Department of Defence. The navy in Beijing has the ability to conduct “long-range precision strikes” in the near term even as it enhances “anti-submarine warfare (ASW) capabilities”. The Pentagon warned the Chinese Air Force (PLAAF) and the People’s Liberation Army Navy (PLAN) together “constitute the largest aviation force in the region and the third-largest in the world” – together possessing 2,800 aircraft and 2,250 combat aircraft.

The Pentagon said Beijing now has the “numerically largest navy in the world with a battle force of around 355 vessels”.

This compares to 296 warships owned by the US Navy, 69 by the Royal Navy and 295 owned by Russia.

China is expected to expand upon its current numbers in early 2022, adding a third aircraft carrier that will directly rival US supercarriers.

Satellite imagery shared of the shipyard where the aircraft is being built indicates significant progress has been made to the carrier’s external components and work is being undertaken on other vessels has slowed as resources for the carrier, dubbed Type-003, have taken precedence. 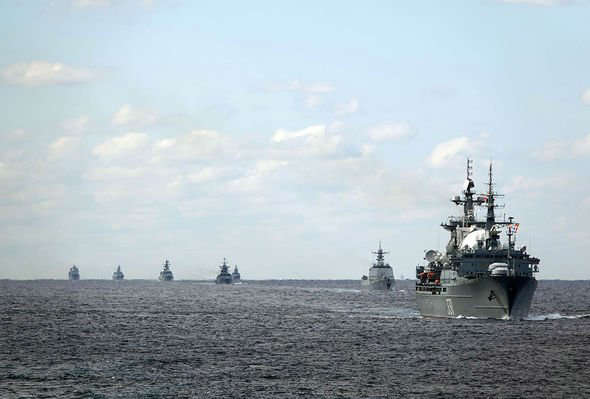 The People’s Liberation Army Navy in China had a barely recognisable navy 20 years ago.

However, the nation has been working hard to enact development in this area.

Satellite images captured by Colorado-based Mazar Technologies showed the outlines of a US aircraft carrier and at least one destroyer which sits on a railway track in China’s northwestern desert.

Maxar identified the location of the ‘warships’ as Ruoqiang county in the Taklamakan Desert, Xinjiang region. 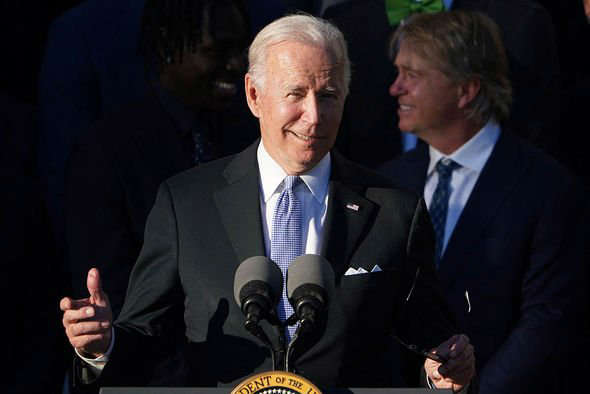 The independent US Naval Institute (USNI) said on its website that the mock-ups of US ships were part of a new target range developed by the People’s Liberation Army.

It was not clear from the images how many details had been included in the apparent targets – however, USNI said it had identified features on the destroyer including its funnels and weapons systems.

Chinese Foreign Ministry spokesperson Wang Wenbin said at a daily briefing Monday that he had no information about the images, who said, “I’m not aware of the situation you mentioned.”

Recent months have seen a substantial increase in the Chinese military arsenal including the development of land, sea and air-launched missiles – the upgrades have emphasised countering the USA and other countries’ naval forces. 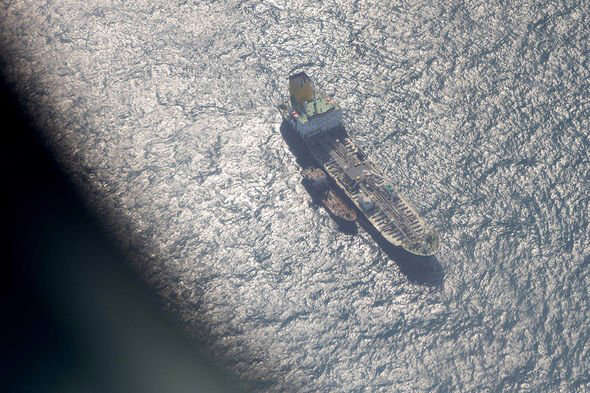 China has stepped up its frequency of Chinese military flights southwest of Taiwan in recent months.

Taiwan is the self-governing island republic claimed by Beijing and which it threatens to annex by force.

Washington seeks to provide Taiwan with as much detail on Beijing’s weaponry as possible and shares its own arsenal with the region.

US law requires it ensures the island can defend itself and treats threats to it as matters of “grave concern.” 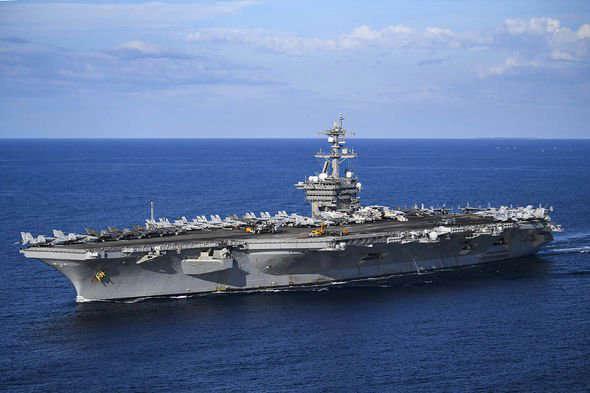 Last month, the Pentagon revealed China was expanding its nuclear force much quicker than officials predicted a year ago.

It was revealed the rate of expansion would by the mid-century match or surpass the global power operated by the US.

Experts and defence officials in the US have shared their concerns about this reality – warning it could be catastrophic for Beijing’s efforts regarding Taiwan particularly.

The report read: “The PLA’s evolving capabilities and concepts continue to strengthen (China’s) ability to “fight and win wars” against a “strong enemy” – a likely euphemism for the United States.”

Despite the overall numerical naval advantage, the number of aircraft carriers is considered to be the pressing issue when it comes to military prowess.

Aircraft carriers are vital as they act as floating fortresses and represent a formidable strategic obstacle for enemies.

Beijing’s latest carrier, which is the second the country has built domestically, reportedly possessed electromagnetic catapults for launching jets off the deck.

The carrier, which will launch early next year, also must be powered by hybrdid electric propulsion reports claim.

Washington and its allies will be keenly observing progress in China, especially in the wake of a hypersonic nuclear missile launch by Beijing in August – which caught Western nations off guard.

These missiles can reach speeds of up to 21,000mph and can strike anywhere on Earth from space within minutes.

November 28, 2021
Food importers have urged the Sri Lankan Government to release US dollars to clear more than 1000 containers from Colombo port, and warned of...