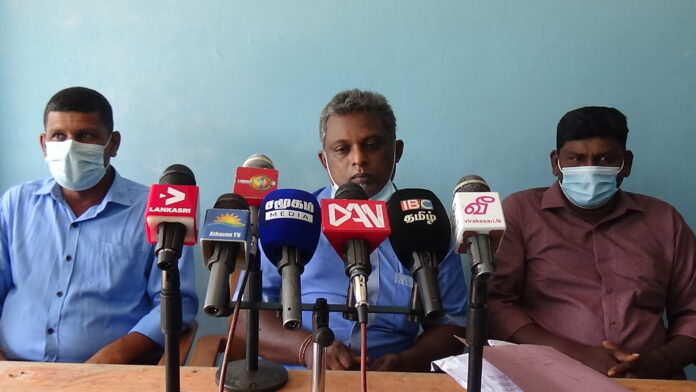 North-East Tamil People Union has accused that the TNA has cheated them by not giving them the chairperson post in Vavuniya South Tamil Divisional Council.

During a press conference held at the Vavuniya Tamil Journalists Association today, the Executive Secretary of the Union C. Janardhanan said,

In the Vavuniya South Tamil  Divisional Council election held in 2018, we had contested as the representative of the Indian Tamils of Sri Lanka on behalf of the North-East Tamil People’s Union and won 2 seats.

According to the agreement with the Federation, they will provide us the post of chairperson for one year in their tenure.

But now, three years later, the TNA has violated the agreement by appointing Chairperson for the fourth year in a row.  How will Tamil National Alliance, unite all Tamils for the separate Tamil Nation, which is doing such a deceptive job for the post of Divisional Council chairperson?

Today, Sinhala immigration is increasing in the North and East, Tamil people’s land is being grabbed, and permanent military checkpoints are being carried out by chauvinist forces. At this time Tamil National Alliance has the responsibility to adjust and unite all sections of Tamil People.