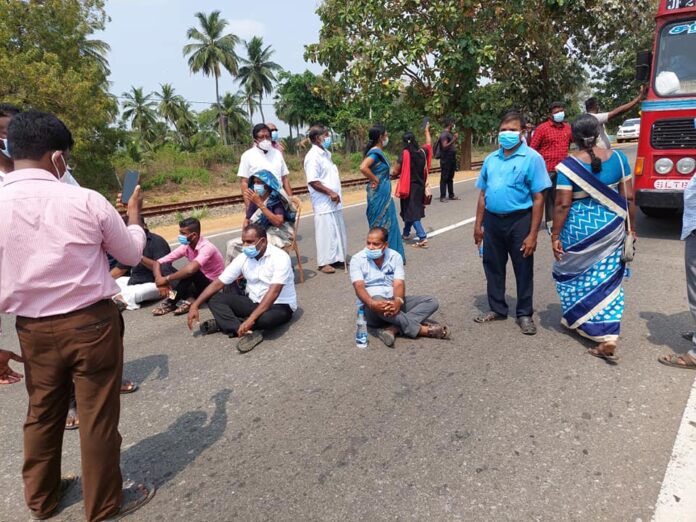 Tamil civilians have pushed back against an attempted land grab by Sri Lankan Army who began surveying over 52 hectares of private land belonging to 8 Tamil families in the Mirusuvil region of Jaffna district.

52nd Division of Sri Lankan army were attempting to expand their existing camp with the help of the Sri Lankan surveying department officials.

Military occupation of Tamils public and private property is a cruel legacy of the nearly three-decade civil war in Sri Lanka which ended in 2009.

In 2015, at the United Nations Human Rights Council (UNHRC), Sri Lanka cosponsored a resolution in which it pledged to address longstanding issues relating to the conflict, including the prompt return of occupied land. 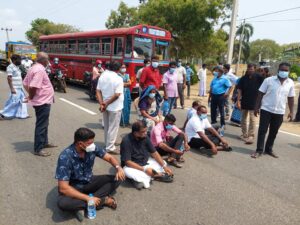 The recent UN rights resolution (2021) also expresses serious concerns about the deteriorating situation of human rights in Sri Lanka, including the accelerating militarization of civilian government functions and increased marginalization of persons belonging to the Tamil and Muslim communities.

However, Sri Lankan government and their officials use the land grabbing programme as a tool to erase Tamils home land and their political and cultural rights.