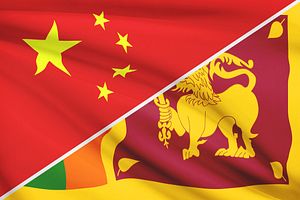 Port city Bill was expected to be one of the matters discussed in the meeting, as
the $1.4 billion worth project, which has been exempted from a series of local laws, has come under severe criticism from the Opposition parties, civil society groups, and labour unions which allege that the project violated the country’s sovereignty, the Constitution, and labour rights.

Before his arrival in Sri Lanka, Chinese National Defence Minister Wei Fenghe visited Bangladesh and met with the top political and military leaders there.