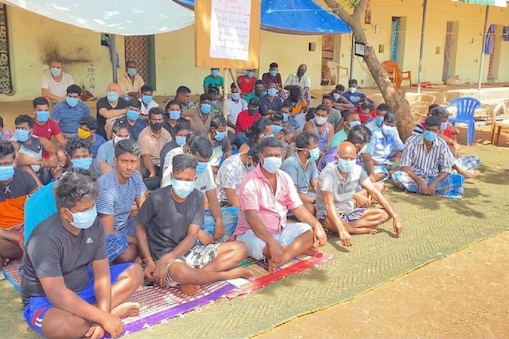 Tamil Nadu, India: Seventy-eight Eelam Tamil refugees detained at a special camp inside Trichy Central Jail appeals to Tamil Nadu Chief Minister M.K.Stalin to release them from indefinite detention. Tamil Nadu police were saying that they are arrested under criminal cases, but refugees claiming that they are detained under fake cases and imprisoned even after the jail term in the special camp.

The refugees have requested Tamil Nadu Chief Minister M.K.Stalin to release them; otherwise, they pleaded for mercy killing.