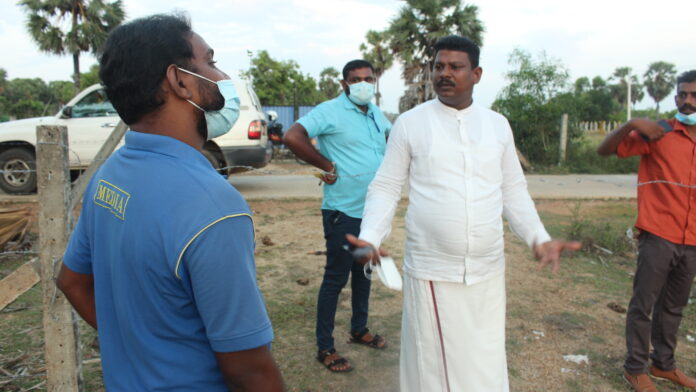 Batticaloa and Eravurpattru Pradeshiya Sabha Chairman C. Sarvanandan said that when the rich expropriate hundreds of acres of land, a large number of Tamils affected by the war ​​are living without a place to live.

Residents of Mayilambaveli in the Eravurpattu Divisional Secretariat in the Batticaloa District have expressed concern that the activities of landless people were stopped by the Divisional Secretaries when they tried to settle on government land in the nearby Savukkadi area.

Residents say that more than 30 families in the area are landless and that no action has been taken so far as they have been demanding land for a long time.

People say that no solution has been found after bringing this matter to the attention of politicians and the foreign minister.

In this situation, the people say that when the landless people of the area tried to settle after clearing the state land, they were chased away by the police by the Pradeshiya Sabha to leave the area.

Eravurpattru Pradeshiya Sabha Chairman C. Sarvanandan alleged that lands were being distributed to the rich in these areas without distributing them to landless people.