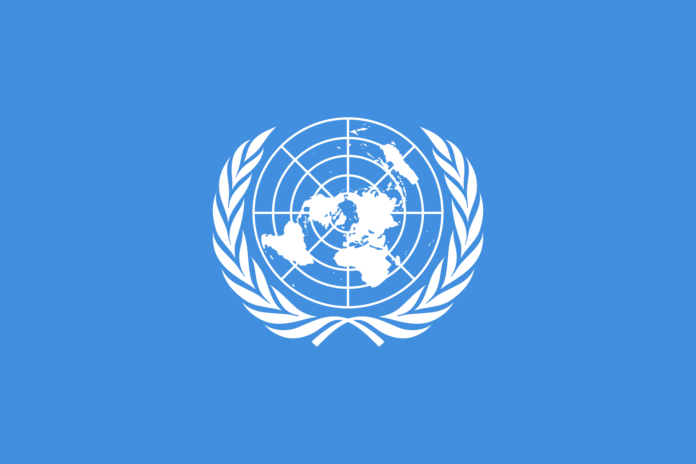 UNITED NATIONS (IPS) – During the height of the Cold War between the United States and the Soviet Union in the 1960s, the United Nations was the ideological battle ground where the Americans and the Soviets pummeled each other — either on the floor of the cavernous General Assembly (GA) hall or at the horse-shoe table of the UN Security Council (UNSC).

Perhaps one of the most memorable war of words took place in October 1962 when the politically feisty US Ambassador Adlai Stevenson (1961-65), a two-time Democratic US presidential candidate, challenged Soviet envoy Valerian Zorin over allegations that the USSR, perhaps under cover of darkness, had moved nuclear missiles into Cuba — and within annihilating distance of the United States.

Speaking at a tense Security Council meeting, Stevenson admonished Zorin: “I remind you that you didn’t deny the existence of these weapons. Instead, we heard that they had suddenly become defensive weapons. But today — again, if I heard you correctly — you now say they don’t exist, or that we haven’t proved they exist, with another fine flood of rhetorical scorn.”

“All right sir”, said Stevenson, “let me ask you one simple question. Do you, Ambassador Zorin, deny that the USSR has placed and is placing medium and intermediate range missiles and sites in Cuba?” “Yes or no? Don’t wait for the translation: yes or no?”, Stevenson insisted with a tone of implied arrogance. Speaking in Russian through a UN translator (who faithfully translated the US envoy’s sentiments into English), Zorin shot back: “I am not in an American courtroom, sir, and therefore I do not wish to answer a question that is put to me in the fashion in which a prosecutor does. In due course, sir, you will have your reply. Do not worry.”

Not to be outwitted, Stevenson howled back: “You are in the court of world opinion right now, and you can answer yes or no. You have denied that they exist. I want to know if …I’ve understood you correctly.” When Zorin said he will provide the answer in “due course”, Stevenson famously declared: “I am prepared to wait for my answer until hell freezes over.”

The battles of a bygone era are likely to be re-enacted with the emergence of a new Cold War – this time between the US and China (with strong Russian support to Beijing).

With all three countries holding veto powers – along with the UK and France, backing the US — the UN’s most powerful body, name the Security Council, will continue to remain paralysed and deadlocked.

The current criticism is mostly against the Security Council for its failures primarily in Myanmar, Syria, Yemen, Afghanistan, and Iraq, North Korea and Libya — and its longstanding failure over Palestine.

As of now, the sharp divisions between China and Russia, on one side, and the Western powers on the other, are expected to continue, triggering the question: Has the Security Council outlived its usefulness?

US President Joe Biden has described the growing new confrontation as a battle between democracies and autocracies.

In an analytical piece last week, the New York Times said China’s most striking alignment is with Russia, with both countries drawing closer after Russia’s annexation of Crimea in 2014. The two countries have also announced they will jointly build a research station on the moon, setting the stage to compete with US space programmes.

“The threat of a US-led coalition challenging China’s authoritarian policies has only bolstered Beijing’s ambition to be a global leader of nations that oppose Washington and its allies,” the Times said.

Asked about the killings in Myanmar, and the lack of action in the UNSC, Secretary-General Antonio Guterres told reporters on March 29: “We need more unity in the international community. We need more commitment in the international community to put pressure in order to make sure that the situation is reversed. I’m very worried. I see, with a lot of concern, the fact that, apparently, many of these trends look irreversible, but hope is the last thing we can give up on.”

US Ambassador Linda Thomas-Greenfield told reporters on March 31: “And then in terms of working with my counterparts in the Security Council, I know that there are areas — and this is a discussion that I’ve had with both my Russian and Chinese colleagues — we know that there are red lines”.

“There are areas where we have serious concerns, and we’ve been open and we’ve been frank about those concerns. In China, what is happening with the Uyghurs, for example. With Russia, in Syria, and there are many others. We know what the red lines are,” she added. 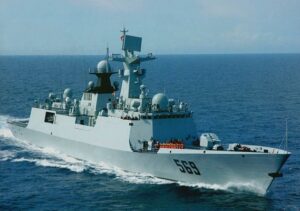 “We tried to bridge those gaps, but we also try to find those areas where we have common ground. We’ve been able to find common ground on Burma (Myanmar). With the Chinese, we’re working on climate change in, I think, a very positive way. We’re not in the exact same place, but it’s an area where we can have conversations with each other.”

“So, as the top US diplomat in New York, it is my responsibility to find common ground so that we can achieve common goals, but not to give either country a pass when they are breaking human rights values or pushing in directions that we find unacceptable,” she declared.

Ian Williams, President of the Foreign Press Association in New York, and author of ‘UNtold: The Real Story of the United Nations in Peace and War’, told IPS the Security Council is functioning almost as designed.

Without the veto, the Council would split, but with it, the UN as an organisation survives, nominally, allowing all the good vital but geopolitically peripheral activities to continue.

“I do not believe that adding new privileged members would add to its efficacy nor do I think that Council representing (India’s Narendra) Modi and (Brazil’s Jair) Bolsonaro would be a more ethical body!”

He argued the Council’s effectiveness will depend on how much pressure the “World Community” can apply on the P5 (the US, UK, France, China and Russia), particularly the P3, and on the role of the Secretary-General and the 193-member General Assembly (GA) in that.

The GA has sold the pass by allowing the temporary seats to be rotated without regard to the actual independence or principles of candidates, he pointed out.

It is not a function of size: Ireland, for example is a better world citizen than Canada would be! Regardless of the rules, a forthright GA with Uniting for Peace majorities could have a political effect, said Williams.

A serious SG could use powers to affect the agenda and name and shame those who stall the work of the UNSC, said Williams, a senior analyst who has written for newspapers and magazines around the world, including the Australian, The Independent, New York Observer, The Financial Times and The Guardian.

(Thalif Deen is the author of a newly-released book on the United Nations titled “No Comment – and Don’t Quote Me on That.” Published by Amazon, the 220-page book is filled with scores of anecdotes– from the serious to the hilarious—and will soon be available in bookstores in Colombo.)